In a fast paced, hard checking end to end series, Madison performed miracles. In the first game last Thursday, Madison stopped 23 of 25 shots, helping the Trojans earn a 5-2 victory over the Sanford Sabres. Tuesday in their thrilling 2- 1 game and semi-final series win, Madison stopped 46 of 47 shots, many of them of the spectacular. She remained calm and steady and shut the Sabres down when they were pressing for the tying goal. Congratulations Madison!

The Kodiaks’ hidden gem looked after their net in this incredible semi-final series against the defending Division champion Sturgeon Heights Huskies. In game 1 Monday, Brooke stopped 27 out of 28 shots in a 2-1 overtime loss.  In game 2 Wednesday, Brooke was at her best stopping Huskies' snipers and all 26 shots for a shut out 2-0 win, forcing the deciding game 3. In game 3 Friday, Brooke was up to the challenge of who would advance to the finals. She stopped 25 of 26 shots for a 3-1game and series victory. All total, Brooke stopped 78 of 80 shots in the series - a winning force. Congratulations Brooke!

Throughout the semi-final series against the Glenlawn Lions, Jaida led her team 2 crucial game and series wins enabling them to advance to the finals. In a 4-1 game 1 win on Monday, Jaida scored 2 goals including the game winner. In game 2 Tuesday, the determined Lions handed the Canadiennes a 4-1 loss, however Jaida was a tireless and dogged competitor, working both the offense and defensive zones with grit and edgy play. In the deciding game Friday, Jaida scored the opening goal, setting the tone and helping the Canadiennes earn their 2-1 game and series win in a very hard fought battle. Jaida is the Canadiennes leading scorer with an impressive 54 points. Congratulations Jaida! 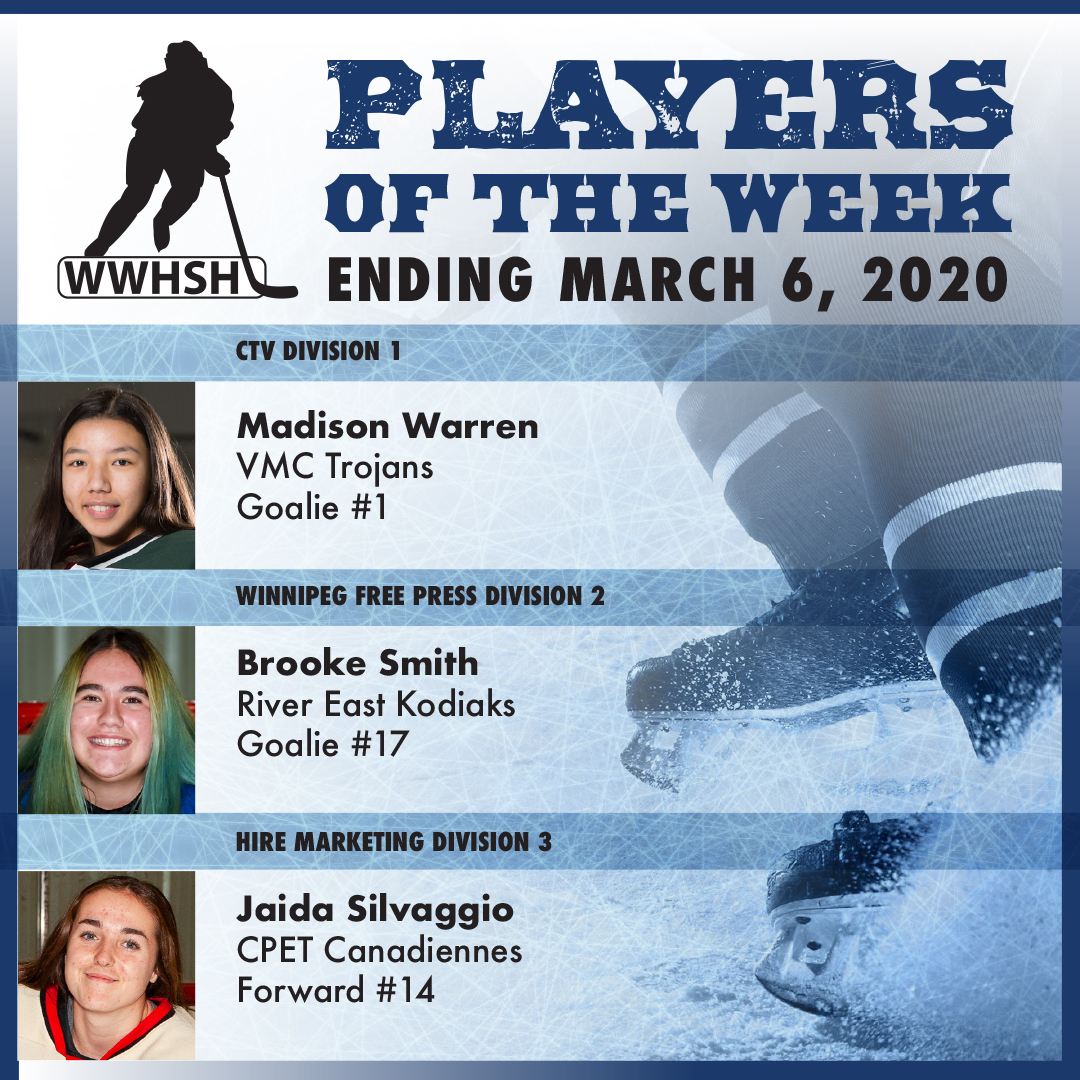