Anna had a monster 2 game week. In a hard fought 4-3 battle against the CJS Olympiens Wednesday, she scored 2 goals including the game winner in overtime. She was not only a strong offensive presence but a defensive one her own zone. On Friday in the first game of the semi finals against the Sanford Sabres, she scored the hattrick in their 5-2 win. Congratulations Anna!

In their first game of the Quarter Finals Monday against the Garden City Gophers, Kaitlynn showed her prowess on the ice by being the best player defensively and offensively . She made a great pass leading up to the game wining goal in a tight 2-0 win. In game 2 Wednesday, Kaitlynn was involved in the teams 4-1 win scoring 2 goals and adding 2 assists. She was clearly dominate and a true game changer. Congratulations Kaitlynn!

Reinie stepped onto the ice ready to do whatever she could to help the Lions beat the League newcomer TCI Titans. In their series game 1 Tuesday, she played a very smart game and took advantage of her opportunities scoring 2 goals in their 6-3 victory. Wednesday,  Reine was determined to end the series scoring  the game winner goal in a well played close 2-0 win over the Titans. Congratulations Reine! 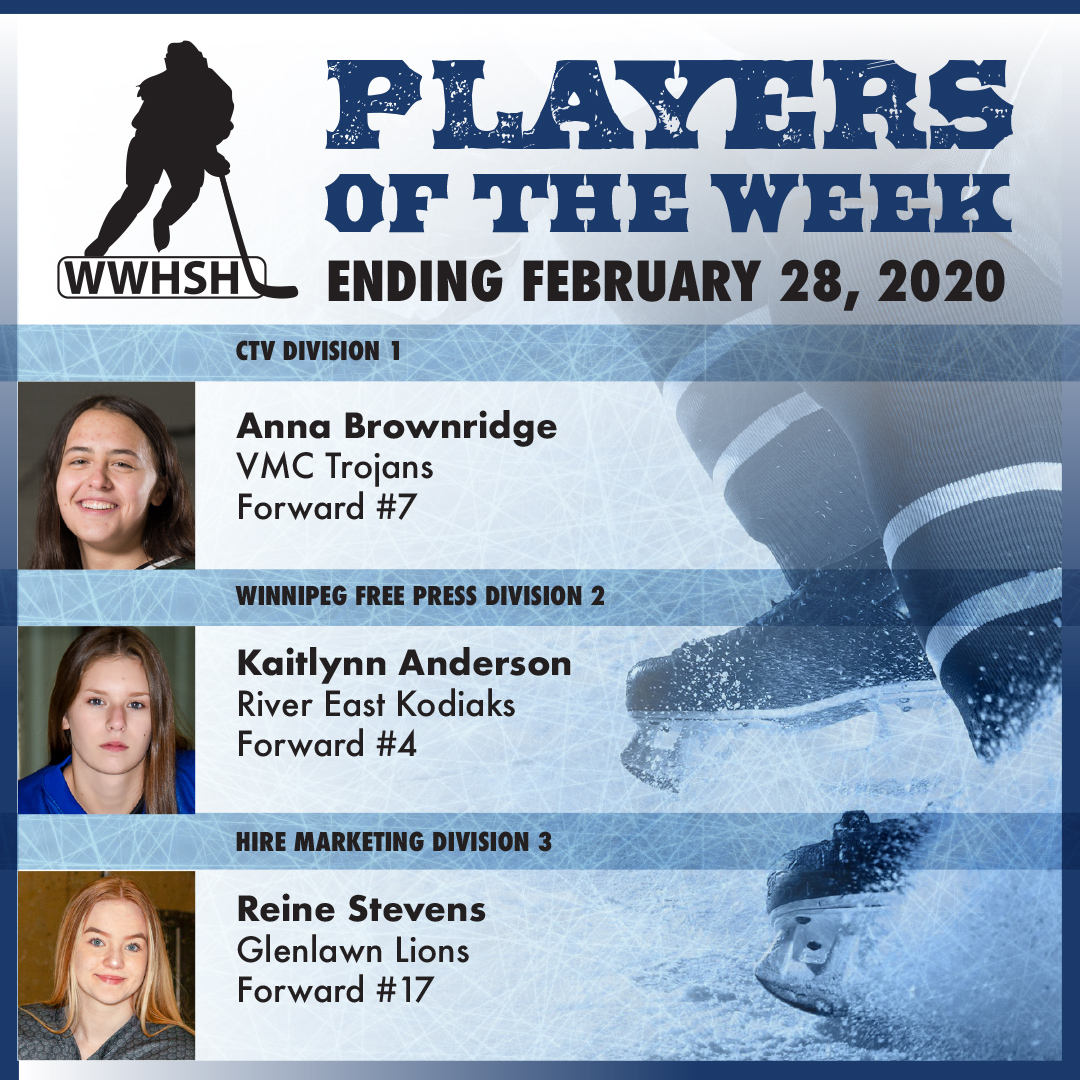