In the thrilling first game of the Quarter Final series vs the Selkirk Royals Tuesday, the Clippers fought back from a 4-2 deficit, scoring 3 goals in the final 7 minutes for the 5-2 win. Coco, the Clippers Captain, was instrumental in the win, setting up the third goal, scoring the tying goal at 1:38, and then quarter-backing the winning goal. In game two Wednesday, Coco continued with a hot hand, scoring a hattrick to defeat the Royals 4-2, claim the series and advance to the semi-final round. Congratulations Coco!

On Tuesday in game one of the playoff series against the Oak Park Raiders, Arabella played like she wanted to win and did everything she could to achieve that goal. She had two primary assists and a beautiful game winner in the Eagles 3-1 victory. In game 2 Thursday, the Raiders came out hot and scored two quick goals, but Arabella remained calm, took control of the ice, set up two goals and aided the Eagles to a convincing 5-2 win. Congratulations Arabella!

The Warriors were determined to win their playoff series over the tough Lorette Scorpions and Solena played a vital role in that objective. In the first game on Tuesday, Solena scored a goal and added an assist in the Warriors’ hard fought 5-1 win. In game two Wednesday, the Scorpions came out flying, scoring the game's first goal in the third period but the Warriors tied it up with just 5:40 left in the game and then Solena ended the series by scoring the over time winner. Congratulations Solena! 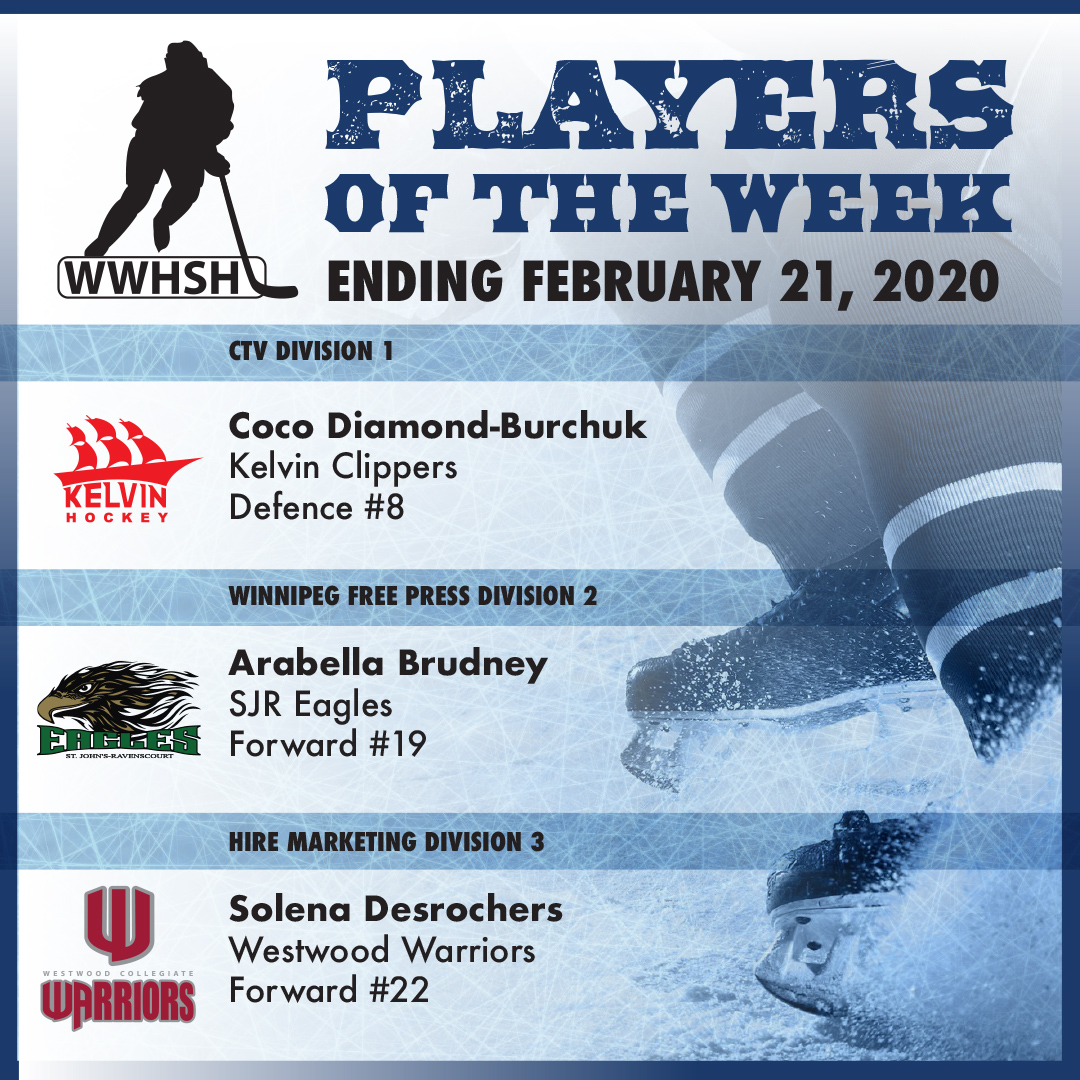