Sophie had a hot hand contributing to 3 game wins for the Flames this week. In their 5-2 victory over the Clippers on Monday, Sophie dominated and scored 2 goals.  In their 4-0 win over the CJS Olympiens Wednesday, she scored another goal and added an assist, fighting hard in the corners, and coming out with the puck. During their final game Friday, she did not tally any points but contributed to their 6-1 win over the VMC Trojans by working tirelessly end to end. Sophie is the Flames leading goal scorer with 42 points so far this season. Congratulations Sophie!

Brooke’s outstanding performance this week contributed to the Broncos 2 of 3 game wins this week.  On Monday, Sophie was up against one of the best goalies in the League but managed to score 2 goals in a hard fought 3-0 win against the FRC Centurions.  Two days later, the Broncos played the mighty Sturgeon Heights Huskies, and even though they lost 3-0, Brooke was a very strong player from puck drop to final whistle. On Friday, Brooke scored the insurance goal during their 4-2 win over the Garden City Gophers. Congratulations Brooke!

The Lions only had one game this week, but Ella’s contribution led to a major win over the Lorette Scorpions. Ella, with 4 goals and 1 assist, was a one-woman wrecking crew, controlling the puck in the attacking zone for long stretches and creating turnovers all over the ice. She skated hard on every shift as if it were play off time. Ella is the Lions leading scorer with 36 points so far this season. Congratulations Ella! 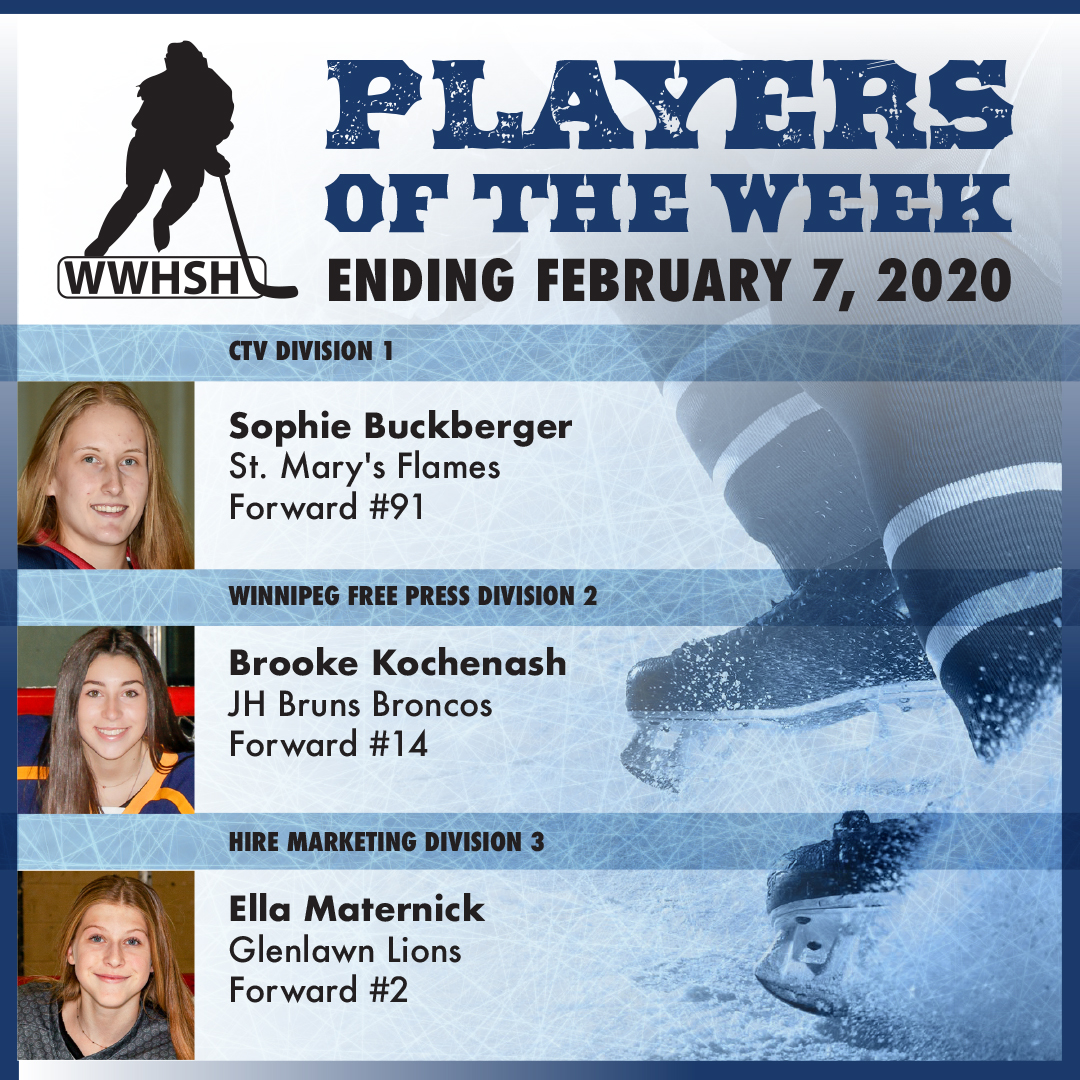