Congrats to our Players of the Week ending Nov 22!

Mackenzie may be small, but her inner lion roared this week helping her team claim two victories.  On Tuesday, she scored 2 goals and an assist in the Olympiens 3-0 win over the VMC Trojans. Mackenzie was the best player on the ice beginning to end, and she carried that over to her next game Thursday, working hard in the corners and in front of the net in tight 3-1 loss against the third ranked Selkirk Royals. Mackenzie is the Olympiens leading scorer with 6 points this season. Congratulations Mackenzie!

Megan displayed an intense desire to help lead her team to a pair of victories this week. On Thursday, she scored 2 goals, had many other shots and set up her teammates for scoring changes leading to the Gophers 5-1 success over the FRC Centurions.  Friday, Megan scored another goal and assist in the Gophers 3-2 win over the third ranked River East Kodiaks. Megan is the Gophers leading scorer with 5 points this season. Congratulations Megan!

Jenna played a huge part in the Sabres two victories this week proving that hard work brings success. On Tuesday, Jenna scored one goal and displayed plenty of effort and hard work in their victory over the Westwood Warriors. Three days later the Sabres were up against the Glenlawn Lions and once again Megan worked hard the whole game and ended up scoring the winning goal late in the third period. Congratulations Jenna! 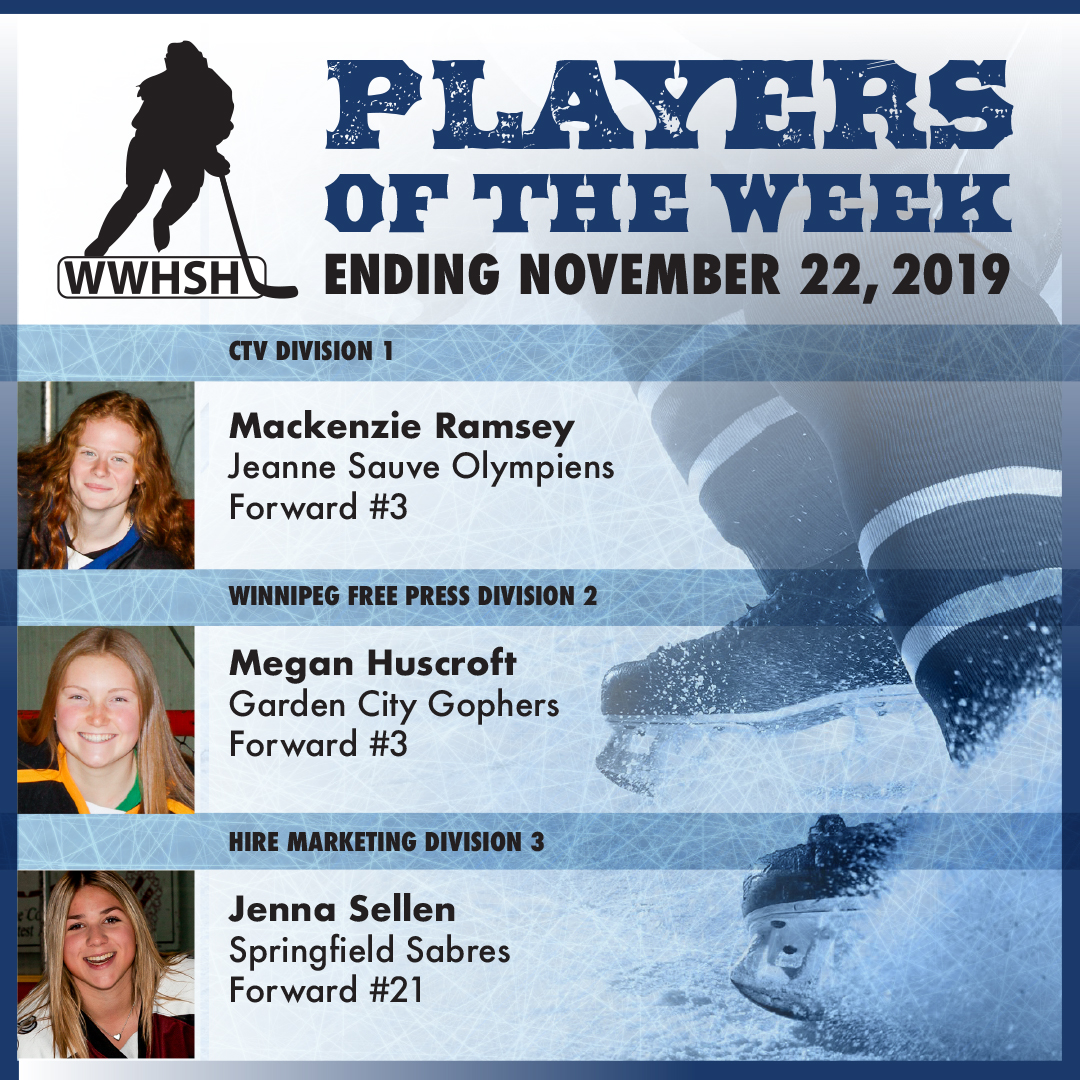