Congrats to our Players of the Week ending Nov 15!

Melayna was on fire this week and a dominating force on the ice helping the Sabres to two important victories.  On Wednesday, Melayna scored 2 goals and 3 assists guiding the Sabres to a 6-2 win over the Shaftesbury Titans, and then on Thursday, she scored another two goals in their 3-1 win over the VMC Trojans. Melayna was the driving force behind all team goals scored this week including a nice semi-break away goal of her own. Melayna is the Sabres leading scorer with 13 points for the season. Congratulations to Melayna!

Ava had a monstrous week, playing with determination and a desire to do her best to help her team win both games played this week.  On Tuesday, Ava came out flying against the Sturgeon Heights Huskies, scoring the hat trick for the Broncos commanding 4-1 win. Two days later, she scored a goal and added an assist in a hard-fought 2-0 win over tenacious Garden City Gophers. Ava has 8 points for the season. Congratulations Ava!

They say the best defense is the best goal tending and that's what Payton Zubec of the Westwood Warriors provided her team this week in back to back games against the WKC Wolverines. On Tuesday, Payton stood on her head stopping 42 of 42 shots, some of them unbelievable stops for a shut out and 1-0 win. Three days later, Payton made stropped 20 out of 21 shots including more fabulous stops, but they this time the Warriors were unable to score in their 1-0 loss to the Wolverines. Congratulations Payton! 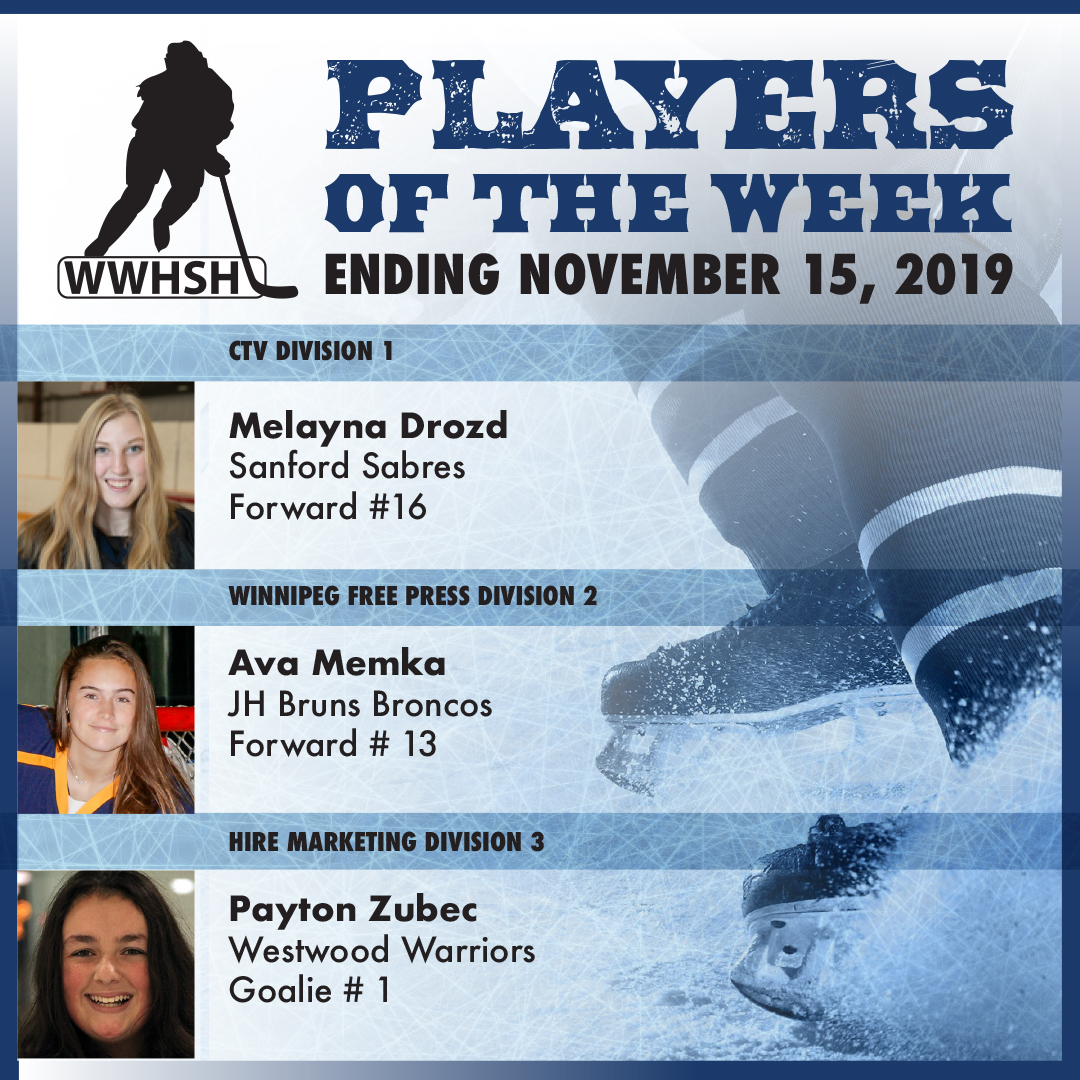